Land of scraping the ice off the car in the morning and roaring log fires. Houses that would look normal in Surrey. And views like this.... 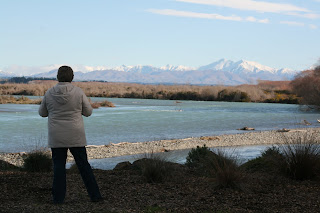 This is what the phrase 'gin clear' means. CAVU; Ceiling and visibility unlimited as in this view.... 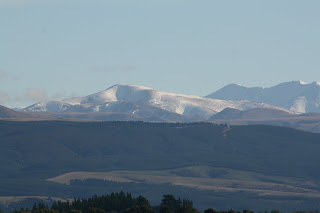 Posted by grebrynod at 08:24 No comments: 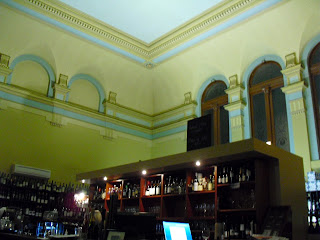 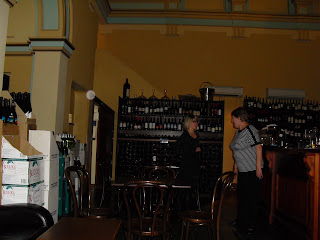 Posted by grebrynod at 14:35 No comments:

Most evocative of Australia

This scene of eucalypts growing on the banks of the Murray at Mildura is my most evocative of Australia's natural landscape. You can photograph miles of empty road and desert but it is the proximity of water and trees which reminds you of the important elements for life. 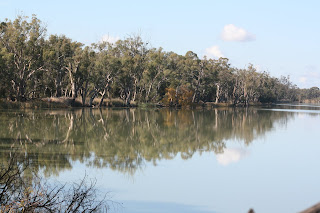 Posted by grebrynod at 09:18 No comments:

Anyone know the proper name for this bird.... 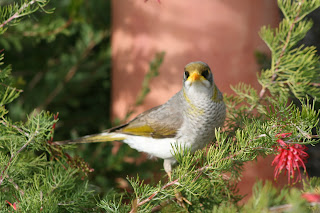 Posted by grebrynod at 10:09 No comments:

Sunset a couple of nights ago gave a good view of the new moon and Venus. 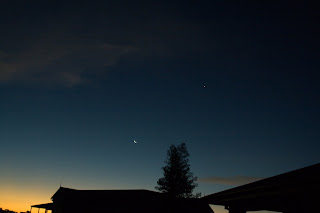 Cloud in the west gave a hint of a sun-pillar.... 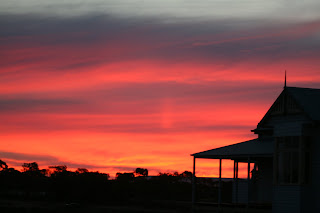 Earthlight on the new moon -just the southern way round.... 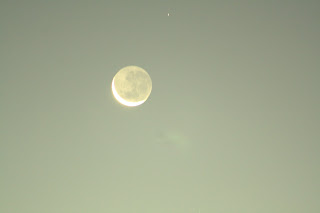 Posted by grebrynod at 09:19 No comments:

A day in the Flinders Ranges National Park

Thanks to Peter and Vicki we could go with 4x4 driving through canyons of the national park. There is nothing like it anywhere for the quietness and ruggedness of the landscape accessible to a vehicle. But all the time one is conscious of the threat that the elements can be the master of the environment. Yesterday the canyons had quiet streams easily fordable, but the evidence of uprooted trees was all around. Some creeks were filled with saplings which will be washed away at the next flood which may be years away. Older trees at the edge of the streams had survived but at a cost of bearing a root system distorted into fantastic shapes as the tree had coped with successive uprootings over the years. 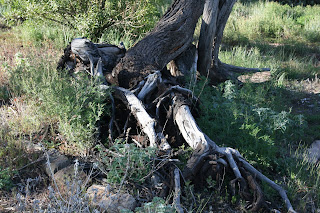 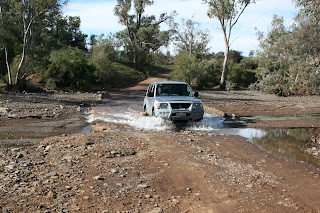 And the inspiring scenery.... 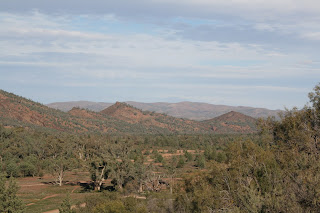 The locals only appear briefly before sunset.... 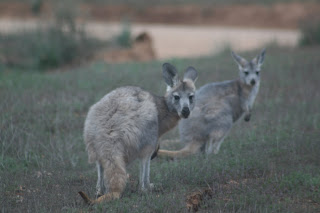 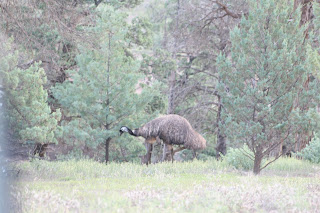 Posted by grebrynod at 07:50 No comments:

Aussie railways in the Outback

Aussie railways are an interesting study. The country is criss-crossed by systems based on the, often temporary, needs of the mining industry. We overtook a train of 129 mineral wagons running from Kalgoolie to Esperance last week. We stopped further up the line and filmed the train going by. Later we overtook them again, waved and got a siren-blast from the driver. Much laughter in the car and a bit of relief from boredom for the train crew I suppose. You have to understand that the roads here are rather empty and Toyota Camrys (Camries) are common but one-a-day is about average.

This train passes Laurie's house in Ceduna taking grain or gypsum to the loading jetty in Thevenard. 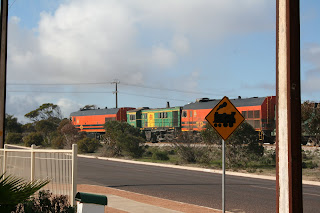 It is all done on 3ft 6in gauge so maybe Brunel was not so far sighted.
Posted by grebrynod at 13:52 No comments:

Notice on the jetty at Port Lincoln.... 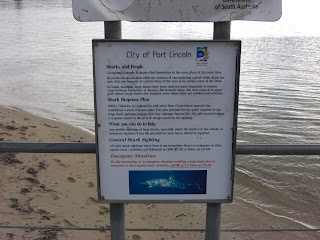 ....and this macabre paragraph from an old newspaper! 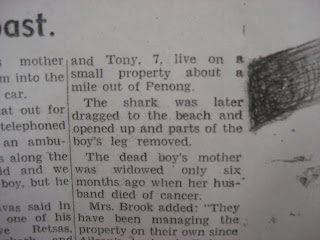 The shark net goes round part of the jetty at Pt Lincoln. People we spoke to said they can jump it. 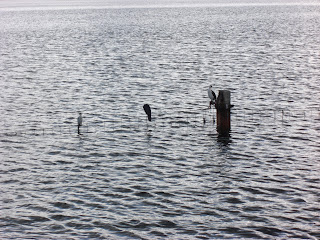 I understand the local name for shark in the restaurants is 'flake'.
Posted by grebrynod at 14:53 No comments:

We will soon be leaving Ceduna with thanks to Laurie and Cheryl and all their friends. They remember well the eclipse in 2002 and 'fraid to say I mentioned the eclipse in Nov 2012. I think there's going to be a convoy of caravans and campers driving up to Cairns for the event. I will have to go.

For aficionados of sunsets, this is a good one. 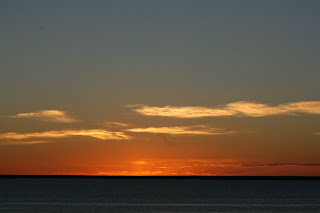 Australians like to take their cars to see the footie match. The cars show their appreciation by hooting at all the goals. 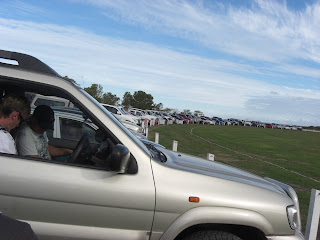 Posted by grebrynod at 03:26 No comments:

If you like sitting around a camp fire then staying at an outback sheep station is a good idea, but the best reason is the sky; make sure you can get away from its lights as Aussies never seem to regard the sky as a tourist resource.
Just look up at this.... 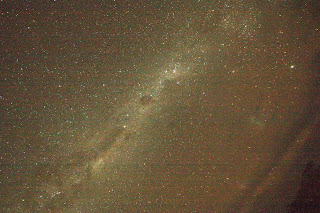 A round Australia runner

Just driving across the Nullarbor minding our own business and this pink vision appeared. The young lady is running round Australia for breast cancer. We had a chat and gave her a few dollars and you might like to as well.
http://www.runningpink.com.au/?articleID=502# 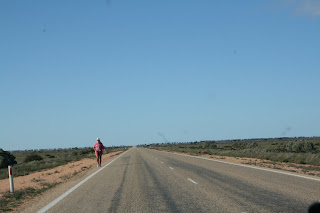 Posted by grebrynod at 10:24 No comments: